Pancreas, diabetes and number of meals 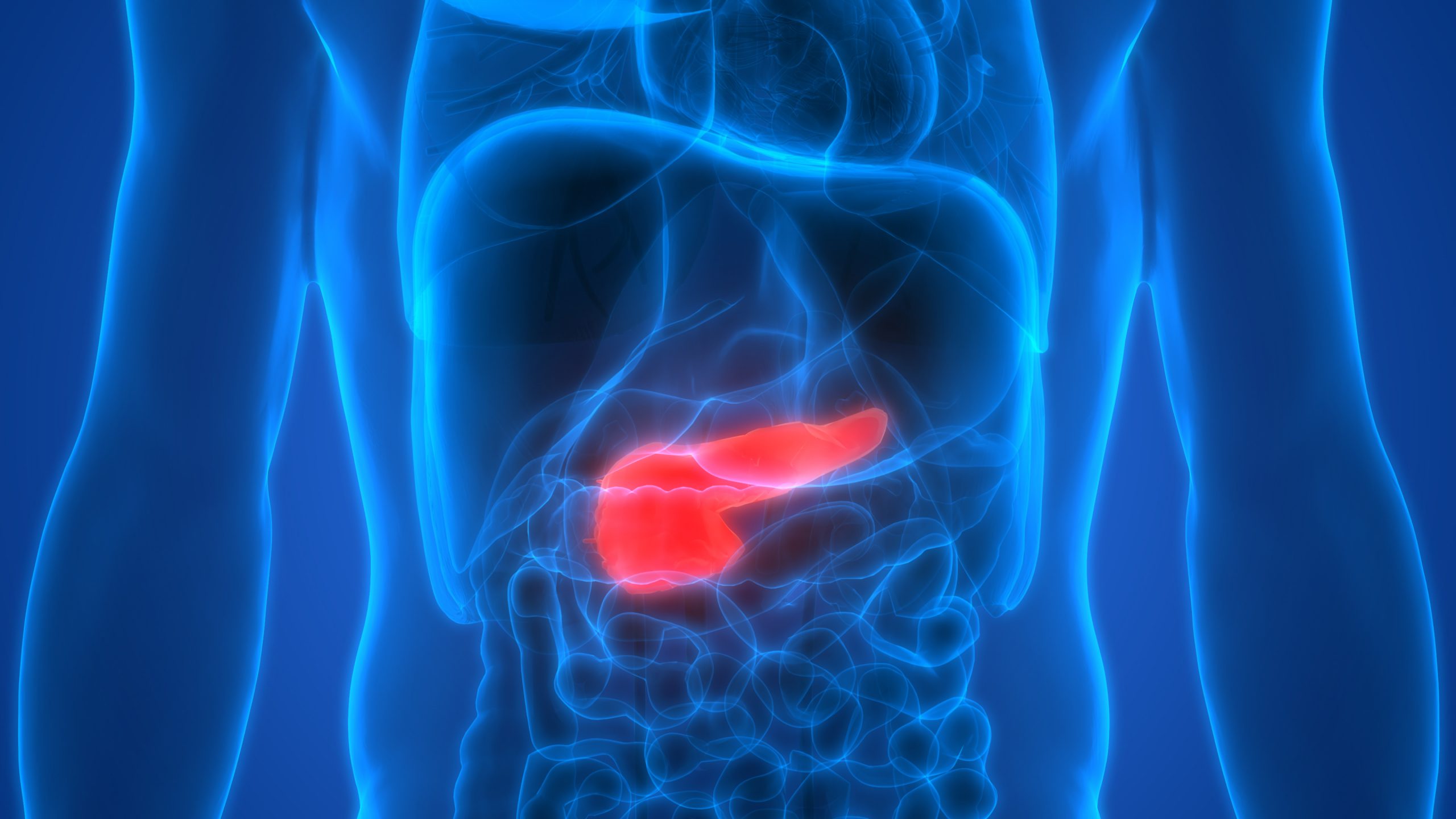 Behind the stomach lies something else – and that is the pancreas. That’s what we learned in school. The pancreas is initially a vital digestive gland. In the unborn fetus it is already laid out on the 28th day and in the 8th and 9th week the Langerhans islet cells can already be seen. Multipotent stem cells remain in the pancreas throughout its life, because they must constantly produce new cells, since a pancreatic cell lives on average only about 40-50 days.

The pancreas is a relatively large gland located transversely in the body behind the stomach between the spleen and liver. It is about 14 – 20 cm long and weighs 70 – 100 g. It is subdivided into head, body and tail. It is connected to the duodenum by an excretory duct. The duct runs through the entire length of the gland. In most people, the common bile duct, the execution from the gallbladder, unite with the pancreatic excretory duct. They then open together into the duodenum.

The union of the two ducts occurs individually in different ways. In some people, there is a second excretory duct or the main duct may be unusual. In about one third of people, both ducts lead separately into the duodenum. This is advantageous because if a gallstone becomes lodged in a common exit after union, digestive juice and bile can back up into the pancreas, leading to a life-threatening inflammation of the pancreas (acute pancreatitis). 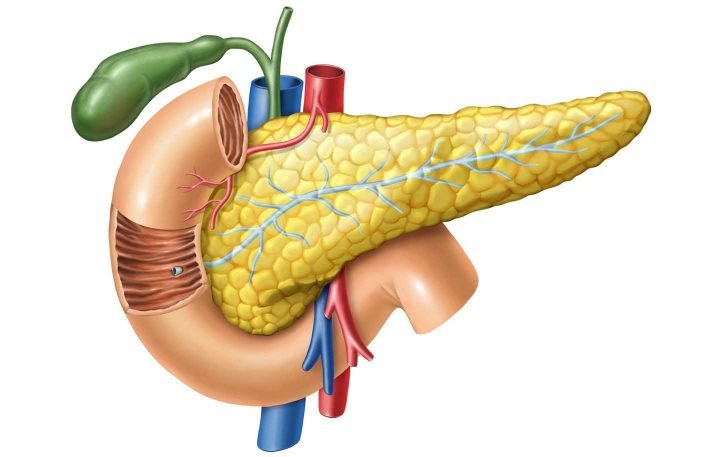 The pancreas contains two parts with very different tasks: the exocrine and the endocrine part. Endocrine means secreting into the blood and exocrine means secreting outward, in this case into the duodenum. The pancreas is composed of several thousand lobules that are just visible to the naked eye. These in turn are composed of several hundred glandular end pieces, the acini. The secretion of the acini is conducted into the duodenum via a duct system. About 1.5 2 l of secretion are produced daily. The most important components are various digestive enzymes: lipases for the digestion of fat, amylases for the digestion of carbohydrates and various proteases for the digestion of protein. However, most digestive enzymes are formed in a precursor stage, which is only converted into the active form in the duodenum. This prevents the pancreas from digesting itself.

About 95% of the digestive juice consists of water. It is very important that this juice be light-bodied and that the pH be about 8. In about one in 2,000 newborns, due to a genetic defect, the pancreatic secretion is very viscous and the pH is almost neutral. As a result, the environment in the duodenum is also too acidic and fat digestion cannot function properly. This results in fatty stools. In the pancreas itself, the ducts become blocked by the viscous secretion. Blockages and scarring also occur in the lungs. The clinical picture is called cystic fibrosis or cystic fibrosis.

Pancreatic carcinoma is the third most common tumor of the digestive tract after colon and gastric carcinoma. Smoking, frequent coffee consumption, type I diabetes, and chronic pancreatitis may increase the risk. The prognosis of pancreatic cancer is usually very poor, as it is rarely diagnosed early and then large parts of the pancreas or all of it must be removed, often still with part of the duodenum. 70 – 80% of cancers originate from the exocrine pancreas.

The pancreas contains groups of cells that form small islands in the rest of the tissue and are called Langerhans islands after their discoverer, the German physician Paul Langerhans. These are clusters of cells 0.1 to 0.4 mm in diameter. An adult has about one million of them. This is equivalent to 2% of the weight of the pancreas. They belong to the hormonal system and release their synthesis products directly into the blood. The main function of these islets is to regulate blood glucose levels. About 70% of islet cells produce insulin. These cells are called B cells. 20% are A cells and produce glucagon, the counterhormone to insulin. The D cells make up 5% and produce somatostatin, which even in small amounts interferes with the release of glucagon. PP cells make up another 5%. PP, the pancreatic polypeptide, consisting of proteins, increases the motility of the small intestine. This is very important for digestion, so that the food pulp is well mixed and comes into contact with the blood vessels. In this way, the nutrients can be better absorbed.

The pancreas is traversed by nerve tracts, lymphatic vessels, lymph nodes, arteries and veins. It receives its blood supply through several arteries. It is supplied by a double ring of vessels. The smallest veins, the capillaries are predominantly fenestrated. They have minute windows through which the endocrine cells communicate directly with the blood. As a result, the cells sense the blood glucose level, as it were, and hormones can be released directly into the blood.

The regulation of the blood glucose level is very important. In the blood, carbohydrates are in the form of glucose. The concentration is about 80 – 100 mg per 100 ml of blood in healthy adults. The two most important hormones involved in regulation come from the pancreas: insulin and glucagon. They are antagonists. Insulin lowers sugar levels and glucagon raises them. After a meal, glucose is absorbed into the blood. The blood glucose level rises. In healthy people, this causes insulin to be released into the blood. After all, the glucose level is supposed to be lowered back to normal. Insulin opens the way for blood sugar to enter the body’s cells. There it is converted into energy. However, insulin also causes the excess glucose to be channeled into the liver or muscles. There, the glucose is converted into glycogen and stored.

If the sugar level falls below normal (hunger, work), glucagon ensures that the liver releases glycogen again, it is converted into glucose and enters the blood again. The sugar level rises again. Renewed food intake or increased muscle activity causes the whole process to start all over again. Continuous food intake, such as constant snacking, overtaxes this control loop, which sooner or later fails, leaving us with type II diabetes mellitus. Obesity also promotes the development of diabetes. In the past, this type was referred to as adult-onset diabetes. However, because patients with diabetes are getting younger and younger due to an unreasonable lifestyle, this term has been abandoned.

Various drugs, oral anti-diabetic agents, can increase the release of insulin from the B cells and be used to treat type II diabetes.

Type I diabetes is an autoimmune disease with targeted destruction of the B cells that produce insulin. This diabetes can only be treated by insulin injections. The B cells can be damaged by viral infections. Recent studies indicate that certain components of cow’s milk, if it enters the intestines of susceptible babies too early, can also damage these cells. Therefore, it really makes sense to breastfeed newborns as long as possible.

Also, when D cells are damaged, such as by a tumor, blood sugar rises. PP cell tumors cause severe diarrhea.

We can see that our pancreas is a very important organ for our digestion and overall metabolism. We do well to take care of it. We should not always let it work at full speed by snacking or eating too many meals a day. A healthy adult can get by with three meals. He does not need any snacks in between. He should only drink between meals, ideally water. God, in His wise creative power, has implanted a very interesting organ in our bodies. We can only marvel at how finely and wonderfully our entire metabolism depends on small things that interdepend on each other like the many wheels of a clockwork. 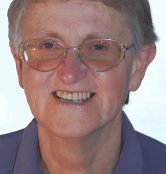 Esther Neumann studied nutritional sciences at the University of Vienna. Since then she wrote for many years for the health magazine “Leben und Gesundheit”, and conducted health lectures in many places in Austria.